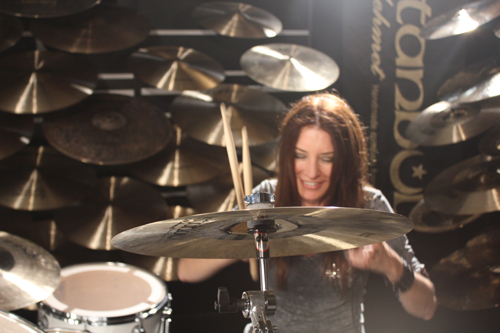 At Istanbul Mehmet headquarters video shoot for the cymbal company. 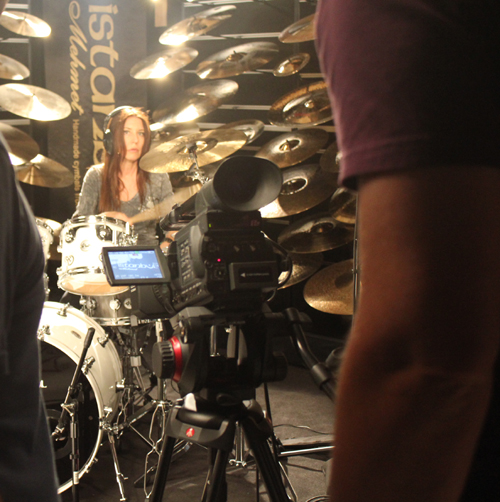 Hired as spokesperson for Istanbul Mehmet, talking about their cymbals.

The audtion for Cirque Du Soleil came about after I was hired to play a few gigs in Vegas.  The last night the head of talent for Cirque was in the audience and saw my performance.  Shortly after his card was passed along to me.  It was a surreal moment.

Trying to learn this sheet music was a great challenge, one I am glad I was up for, but came with a great learning curve as I had just learned to read a little a few years prior. Being into progressive rock seemed to be the most help in navigating through many time signature changes.  Really glad I did it, but realized in the process what great pressure these guys are under to perform at this level. 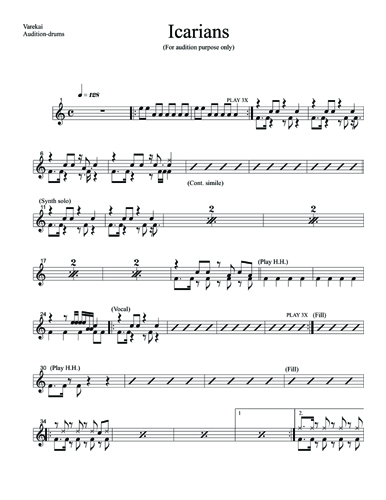 The biggest challenge was figuring out the sheet music.  At one point I was stuck and reached out to a teacher at a music school.

Enjoy the raw video, I rented a rehearsal space that came with the kit and cymbals.  In hindsight I wish I had a better set up and sound, none the less I conquered these incredible songs! 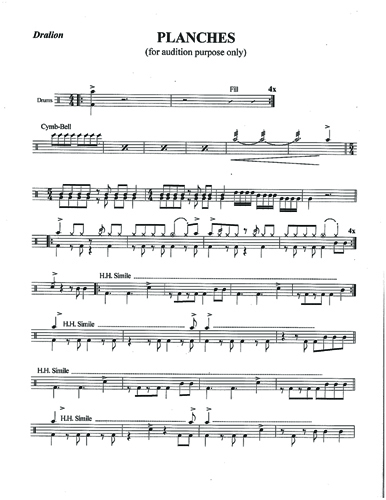 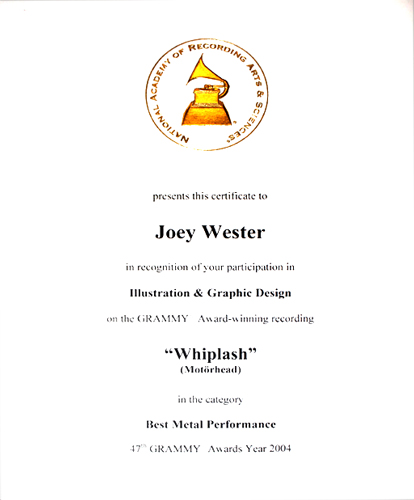 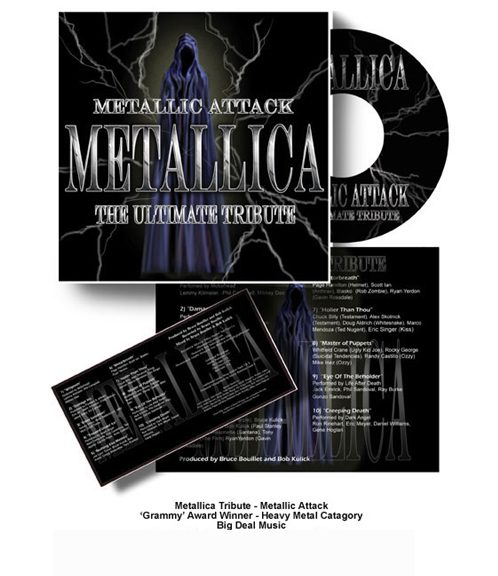 Having been hired for session work at Red Zone Studios in Los Angeles, I met musician/producer Bob Kulick.  We became friends and after taking courses in graphic design he asked if I would design a cover for on of his albums Tribute To Metallica CD Metallic Assault, which led to the 2nd album design Metallic Attack.

Metallic Attack received a GRAMMY in the Metal Category for Motorheads “Whiplash” cover.  When Bob called to share the good news, my response was “Congratulations, I’m so proud of you!!!”  His response was delayed… then he said  “Um Joey…. you got one too”. WHAT??? I had no idea that was possible.  Apparently everyone involved with the production, including the art, gets recognition.

Rock Legends in Concert with the Temecula Vally Symphony 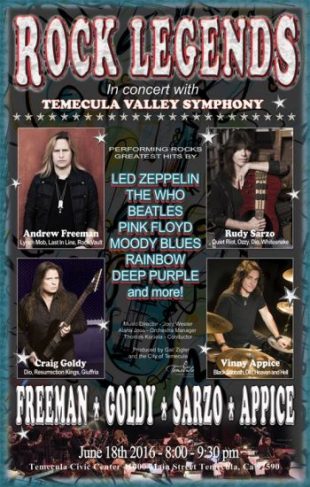 Poster and promo materials created and designed by Joey Wester 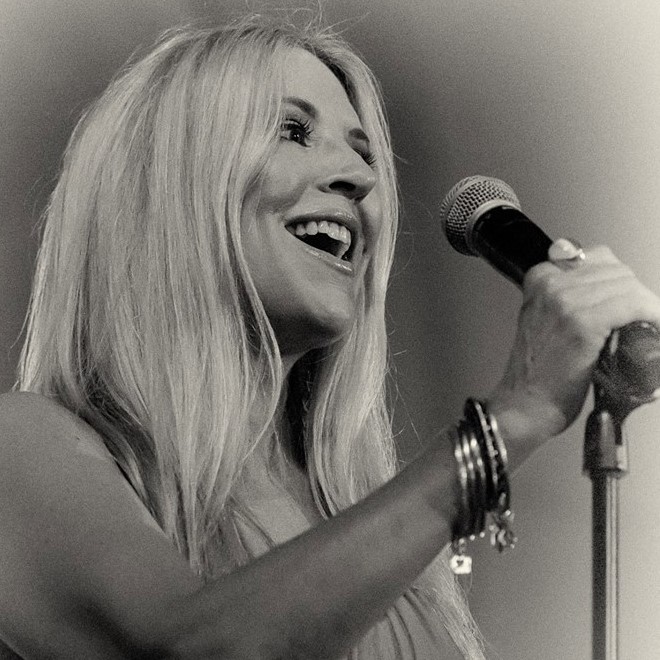 This photo taken at the Rock Legends in Concert performance of Joey singing back ups on several songs. Singing was not part of the plan, but when the hired singer was not available for one of the rehearsal, Joey was asked to pitch in.  The guys, having heard her sing, stated YOU ARE SINGING!!! Although Joey objected several times… ultimately the guys won.

Rock Legends in Concert was conceived by Music Director Joey Wester and created with the help of Alana Joos, Orchestra Manager for the Temecula Valley Symphony and support of the City of Temecula recreation department head Gail Zigler.  The night featured Rock Music from bands  Led Zeppelin, The Who, The Beatles, Pink Floyd, Moody Blues, Rainbow, Deep Purple and more.  The night was performed by Freeman, Sarzo, Goldy , Appice, the Temecula Valley Symphony and Wester on back-up vocals.